Popups will gradually open automatically in this digital essay:

Resizing the popups will create changes in the sound, imagery and musical composition. Please check during the piece that the popups have not been "blocked" by your browser (see picture). 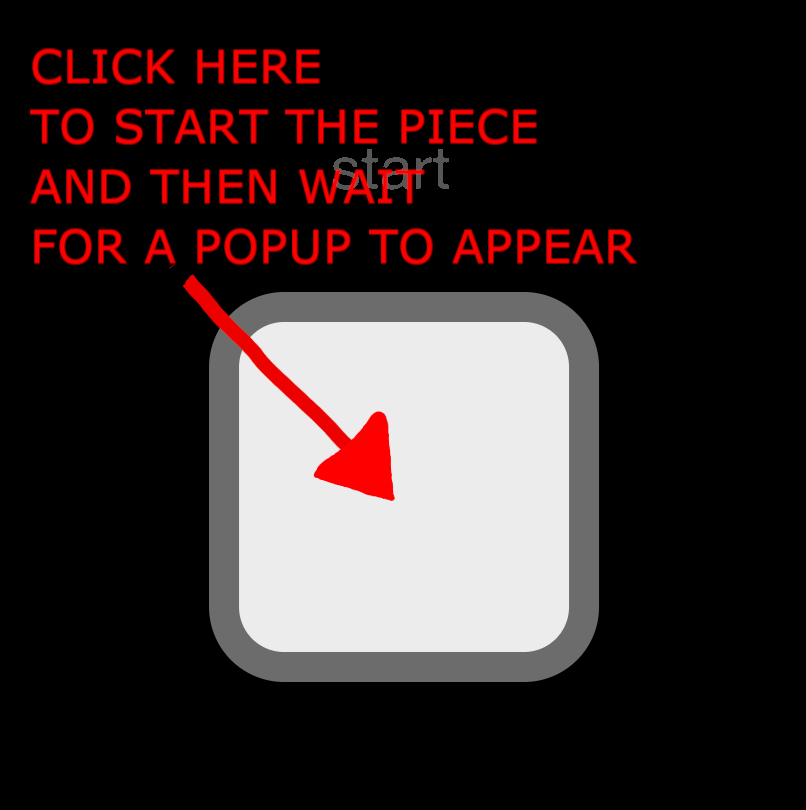 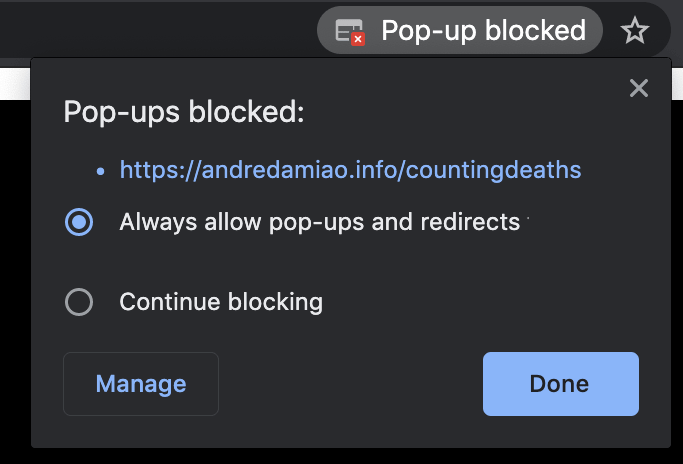 A word from the artist:
We live in a period of war in Brazil. At least this is the metaphor that the Brazilian State uses repeatedly throughout the 2020 pandemic period. Since then we have been hit daily by cannonballs through our screens and we replicate their shrapnel in the same way, illuminated by the light from our devices. However, when we hear the government officials can not know who would be our enemy in this confrontation. This is a cause for anguish, reiterated by the social isolation that distances us from most of the information that would not be mediated by buttons and speakers and, mainly, from the social spaces that constitute the daily experience. The delay in the announcement of an opponent throughout the battle, added to the refusal of any change in the direction of the ship “order and progress”, even during turbulence, leads us to believe that, again, the enemies would be those who were always in the hold of the vessel. The weight of the antagonist falls on whoever is in the subsoil of the ship that re-sinks at each turn. Because the shipwreck is part of this path, and its event only makes explicit what is precarious in its strategy.

From a certain perspective, the lack of the enemy and the suppression of these layers of society are absences that complement each other, and form a large hollow space, which separates us from what happens in reality, because it only reiterates the same structural bases of this social architecture. While we wait for the invaders, bewildered within this void reconfigured by technology, we hear muffled announcements of hundreds of thousands of deaths. And that is the only true part of the war announced by the State. Death is the only expression of the real in the midst of the pandemic.

The entire essay has a duration of 9 mins.
X